A Conversation About Hummingbirds

With hummingbirds having suddenly discovered our little corner of the world, and fighting each other over our one nectar feeder, I decided today to add two new feeders to the mix. Hummers really are the most fascinating birds, given all the power they pack in tiny bodies, including the power to hover, achieve 60 mph speeds, and even to throw themselves into a reverse gear.

The expansion immediately paid off. I put the largest of the feeders just outside the window of our breakfast nook, and within minutes a ruby-throated hummingbird began feeding right in front of us -- just through the window -- and hovered there longer than normal. 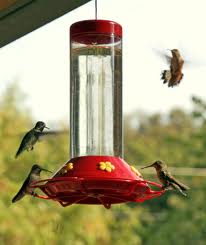 To add the feeders, I visited a Lowe's with a long aisle of bird supplies. While I was browsing, a very polite young worker asked if I needed any help. I told him no, I was just buying a few new hummingbird feeders, and he expressed great interest. He said he had moved here from Texas just a few months ago, and was an avid birdwatcher. However, he did not know how you went about attracting hummers, so I explained how to prepare a blend of four parts water, one part household sugar to fill the feeders. I assured him he would have hummingbird guests in time. 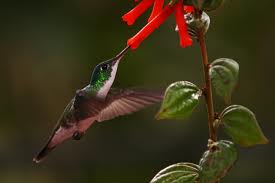 As we discussed other bird species, his sincerity and knowledge were apparent. It was most pleasant for an old-timer to have a friendly conversation with this young person, who by the way is black. I say that because most of the media coverage lately has been about race-based anger and even hatred stirred by one notorious trial in Florida. We need a "conversation about race," many pundits and politicians are saying. But it is good to remember once in a while that black/white conversations can occur without being about race. We can discover we have other interests in common -- even birds!