Alzheimer's: Walking the Walk, and Keepin' On, Keepin' On

It is amazing how the power of coincidence works in our lives.

On Sunday when browsing a local Books-a-Million, I came across an interesting-looking paperback entitled, "The Alzheimer's Prevention Program," by Gary Small, M.D., and his wife Gigi Vorgan, co-authors of "The Memory Bible." I decided to shell out the $14 and added it to my large collection of books about health and fitness.

Yesterday, I got around to registering my team in the October 26 Walk to End Alzheimer's, the Grand Strand version of which will be at the Market Common's Grand Park on the old Air Force Base here. This will be the third year that Dear Wife and I have participated in this event to fight the insidious memory-robbing malady of Alzheimer's (and related forms of dementia). We walk in memory of my parents. Jim and Margaret Holland, and in support of Pat Summitt, the legendary Lady Vols' basketball coach who now is waging a courageous battle against early-onset dementia. 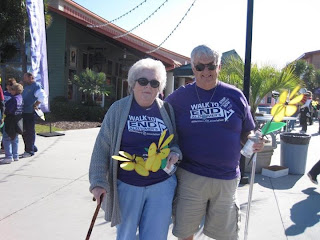 Then today, prominent on the news wires (and all over TV) is the story about research in France indicating that people who keep working instead of retiring at age 65 have a reduced chance of falling prey to Alzheimer's in their senior years. The lead researcher was quoted as saying, "For each additional year of work, the risk of getting dementia is reduced by 3.2 percent."

Avoiding Alzheimer's has never been an obsession with me, even though I might have a genetic predisposition. All of these concurrent happenings reinforce the message I have been trying to impart on this blog -- namely, that the senior years can be a wonderful time filled with great joy. For me, dog-walking, bird-watching, pursuing fitness as best I can, communing with Nature, and enjoying the grandkids' soccer, baseball, and basketball exploits are paramount. And in semi-retirement I continue to write - sometimes for a check, sometimes for pure enjoyment.

It all comes down to staying busy, but having fun doing it. I find this blog to be a blast.

Authors Linda and Richard Eyre said it well when they argued in a May 21 article in the Deseret News that folks in their 60s are at the peak of their powers and potential (I am in my 70s, but I refuse to be left out):

"Think about it. You may have lost a step or two on the tennis court or added a few strokes on the golf course but you have never, ever had more smarts, more experience, more contacts, more insights, more resources, more access, more awareness, or more perspective than you do right now.

"And we'll bet you also have more of some less tangible things like savvy, discernment, and simple appreciation for simple things.

"The biggest joys of all are likely your family. Is there anything greater than grandparenting?

"For every little bit you have lost physically, you have gained bundles mentally, socially, emotionally, and probably spiritually. And who wouldn't trade bits for bundles?"

The Eyres go on to say that even lost "bits" may be recovered -- for example, through a concerted effort to get into better physical shape or perhaps to mend relationships that became frayed years ago. 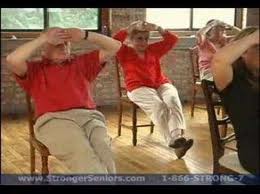 But what of Alzheimer's or related forms of dementia? Can we of the silver-haired set really stave it off, or is it something that inevitably afflicts millions, often without a lot of warning?

The Alzheimer's Prevention Program developed by Gary Small of the UCLA Longevity Center doesn't promise immunity, as I understand it from my initial browsing. Rather, it suggests that through systematic attention to physical exercise, brain nutrition, mental workouts including strengthening of memory skills, and stress reduction you may well be able to reduce your risk and stay ahead of Alzheimer's possible advance. The book cites research indicating that a well-rounded healthy lifestyle "may delay the onset of symptoms for a certain number of years." It continues:

"A recent study indicated that physical exercise several times a week over a two-year period lowered a person's future risk for memory decline by 46 percent. Eating antioxidant fruits and vegetables such as blueberries and broccoli for a four-year period reduced dementia risk by 44 percent. People who spent time doing complex mental tasks during midlife decreased their dementia risk by as much as 48 percent." 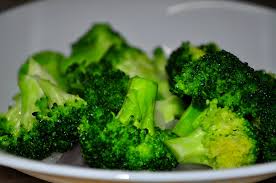 Although I have not yet read the book start to finish, I find it packed with useful information about nutrition, exercise, and especially mental workouts. No doubt I will be quoting it in future blogposts. I confess to feeling an certain unease, however, about memory tests that may give some clue if you are starting to have problems. Perhaps my reaction is similar to that of people who cringe at the thought of genetic testing that might indicate if you are predisposed to Alzheimer's.  Would one be happier knowing or not knowing?

My philosophy is to stay busy enjoying life. Be happy, keep walking, and find alternatives to broccoli if you really can't stomach it. 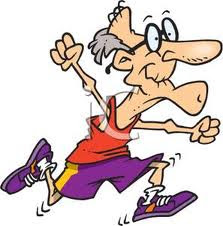