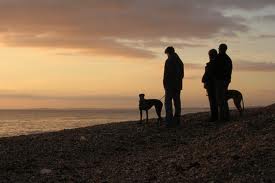 It is hard to believe that September and Labor Day weekend have arrived. The summer of '13 went by so very fast. If the senior years can be viewed as a series of comebacks, the approach of fall brings yet another in form of a revival after the season of heat and oppressive humidity.

Watching the first college football games of the new season this weekend, I felt for the young players in the big games in South Carolina (at Clemson and Columbia) who were visibly struggling with leg cramps and even their breathing in the ultra-humid conditions. August is really not the month to be playing hard-nosed football. Thank goodness, we will all enjoy cool, crisp days with much lower humidity later in September and through the fall.

After Labor Day, Superdawg and I relish not only cooler weather but the end of restrictions on times dogs may be walked on the beaches. We don't go to the ocean on the torrid days of summer when the beaches are crowded with vacationers slathered in sun-tan oil. We enjoy long strolls when there are more sandpipers than people on the shorelines, and the sea breeze is almost chilly. We promise to take good care of the Grand Strand for the coming fall, winter, and spring until the big crowds start returning again next May. 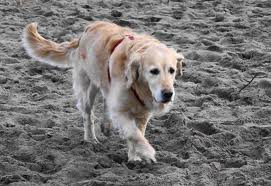