A Mended Heart Proud of His "Angel"

A huge event occurs on TV tonight. At 8 p.m., Carrie Underwood will star in a live performance of "The Sound of Music" on NBC-TV. I can't imagine the size of the butterflies in the stomachs of all the cast members about now. Can you imagine participating in such a tremendous show as this Julie Andrews classic on live TV? I am saying prayers for them all. 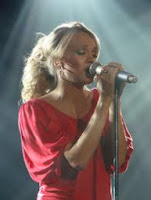 This is a special night for me because Carrie is in many ways an extra granddaughter for me (though I already have two wonderful ones). Or I could say, with not too much exaggeration, that this Oklahoma country girl is my special angel. You see, when I returned home from my February 2005 open-heart surgery, I practically lived in my recliner for months (except for regular walks around the house and short distances in the neighborhood). As I watched Season Four of American Idol, I became more and more conscious of the angelic voice of Carrie Underwood. I rooted for her week to week, and when she won it all, I was thrilled.

The musical awards she has racked up since then, from the Country Music Association to the Grammys, have been stupendous. But of all her many country songs, I most enjoyed the old-timey one she sang for one of the awards' shows, "San Antonio Rose." Another phenomenal performance came when she teamed with Vince Gill on a most memorable version of "How Great Thou Art." Her range of ability is amazing. She even rocked it out one night with Steven Tyler. She could sing the Manhattan telephone directory and it would sound pretty. 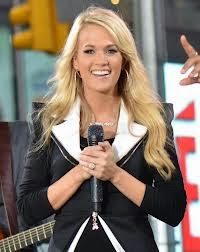 So tonight I am sure my special angel will be brilliant in "The Sound of Music." Listening to her does my heart good.