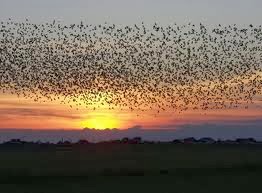 The forecast called for a break in the rainy spell this morning, with heavy downpours returning this afternoon. However, the temperatures hadn't budged much beyond freezing, and the winds were still brisk.

It was tempting just to brew an extra cup of coffee and skip a walk for a second stormy day in a row.

Instead, Superdawg and I walked, and I am glad we did. She was really glad -- she never likes to miss a day.

While pulling my ski mask down over my ears to keep fairly warm, I started thinking about the bright side as we did our hike with no other hardy dawgwalkers in sight.

One was all this moisture we have been receiving should be a blessing when it comes to Spring's flowers and other growing things. Surely plentiful moisture in the ground beats the heck out of drought conditions. Here is hoping 2014 will be a good year for our farmers.

Another is the effect of an unusually cold winter on the insect population in a few months. Okay, most will survive just fine. They have developed coping mechanisms over the past 300 million years. Surely the fire ants are way underground, plotting all the havoc they will wreak when it gets hot, hot, hot. Ah, but it is reasonable to believe that some of the more obnoxious creatures -- stink bugs? -- may have suffered casualties in the swings between springlike and Arctic conditions.

While thinking such thoughts, we came upon a stupendous sight: Hundreds of birds chirping happily up in the trees near the recreation center and hopping around on the ground and feasting on earthworms. As we approached, they noisily flapped off en masse, but not far away. They so blackened the sky that I thought at first they must be some kind of blackbirds or grackles, but as we caught up with them again I recognized them, without a doubt, as American Robins, the veritable early-bird widely regarded as a harbinger of Spring. 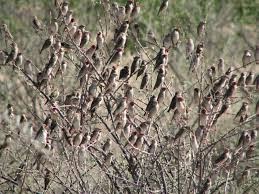 I had seen dozens of Robins in flocks before, but these numbered in the hundreds. Could it be that several flocks had merged in the manner of the U.S. airline industry?

Did this sighting mean that these red-breasted beauties had been farther south for the winter, and were now heading northward -- confident that the string of winter storms is about at an end? Well, maybe. My preliminary reading indicates that, yes, Robins generally do gather in flocks and head to southern resorts for the winter. But their fight patterns can vary considerably as they seek berries for sustenance. They do avoid heavy snow pack -- no surprise there. But they can stray in great numbers to unusual places depending on where their appetites and perceptions of weather take them.

A fascinating report for the Cornell Lab of Ornithology found that in 2007 the Great Backyard Bird Count had toted over two million robins, with the previous high having been just over 335,000. It turned out that just one city -- Saint Petersburg, Florida -- had counted 82 percent of the robin total, or some 1.7 million of them. "Most of these robins," write Miyoko Chu for the Lab, "belonged to a massive roost in a mangrove forest near Weedon Island Preserve in northeast Saint Petersburg.

"During the GBBC weekend, American Robins streamed across the sky like beautiful red pepper spots for as far as the eye could see, said Lorraine Margeson, who viewed the spectacle from her fourth-floor deck. Beginning in late afternoon, the robins flew overhead steadily for more than two-and-a-half hours, she said. 'We could hear the robins' laughing sounds all over the sky as they flew.' " Margeson and her husband Don used a scientific technique of picking a transect in the sky and then figuring the birds passing by per second, and finally extrapolating to the total time they were flocking by. Amazing!

I feel blessed to have witnessed hundreds of these busy birds this morning. Had there been millions, I might have thought Superdawg and I had gotten caught in a remake of a Hitchcock movie.

In my book, all their fluttering around means that Spring soon will arrive. What do you think?