Down by the Old Mind Stream

Never have I tried to write in the stream of consciousness style but if ever a day demanded, commanded such meanderings, today was the day. Indeed, the rush of days throughout March and April have been so muddled and manic as to be just one long stream without pause for punctuation or even deep breathing.

So here is my attempt to put this one day of my existence into the stream.

Arose with temperatures turned down into the 30s as though climate change had turned the icing direction again, and threw on my thick Cardinals championship jacket one more time before the global warming returns. Old dog goes out to do her duty and I am greeted with news that I will have two dogs with the addition of the young rambunctious lab to keep while son takes granddaughter to a soccer tournament in  Charleston. (Take a warm jacket.) Sense that the day will be an energy burn so have a Honey Nut Cheerios after my usual walnut and date oatmeal. Making an errands list and checking it twice, after playing ball with the young lab to wear him down, and about to go out to do the rounds when the old dog demands her usual, in the form of a two-mile walk never mind the cold or the hot or the wind or any precip and anyway the cold actually felt pretty bracing so off we went, returning with the errands list  before me, leading to a drive-by of the postal drop, a visit to the vet to restock dog food (those labs are pretty piggies), another drop off of a dog-fur-clogged vacuum cleaner for cleaning and servicing (beginning to see that dogs rule 'round here), then pull into grocery parking lot where a mama snow goose is still sitting on eggs on a comfy pile of pine straw just feet from the road oblivious to the human menace, but no one had better touch her, and so into the grocery store pharmacy to pick up prescription for the missus, then to buy Easter cards for every single member of the family, a daunting task, with a skim latte from Starbucks as my reward, and a quick Lean Cuisine at home finally as my hurried lunch, before taking my granddaughter the super athlete to meet my son for their ride to the match down in the Low Country (which they wind up winning 2-1 for the league championship; hope the Lady Vols are taking note); but then pick up a flounder sandwich for wife who is still ailing, and a Philly cheesesteak for myself -- flip a coin as to which is worse for the arteries, and in entertaining the dogs run into a young man mulching the yard for my son and daughter-in-law and arrange for him to do mine too, first engaging in long talkathon about dogs (how special they are and how heart-breaking it is to see ones shoddily cared-for) and baseball players who are nice or not nice (A-Rod is an A-Hole, shocker, huh?) about signing autographs for kids, talking all the time out in the yard with a t-shirt on and the wind chill falling into the 30s. Evidently Derek Jeter is good about signing for young girls, not so much for others. That's the scuttlebutt anyway. Who knows -- I am now eating yogurt as a counterforce to the Philly. A ballpark hot dog would taste good now. If I get any work down tonight it will be writing something in boring old newspaper style.

The stream is drying up because my consciousness has gone kaput, and how in the hell does Tom Wolfe write like this anyhow? 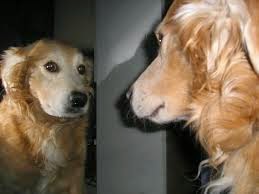