The Return of the Peripatetic Hummers

One of the interesting stats I've gleaned as the administrator of this site is that one of my 230 blogposts has has triple the page-views of the second most-viewed post during my first 16 months as a blogger. The piece was entitled "Of Peripatetic Hummers and Pesky Wasps," and its original posting date was September 4, 2013. On any given day, it still usually ranks in the top five most-visited posts of that particular day.

I'm not sure what to make of this post's popularity. Was it the fascination people have with hummingbirds (which are indeed fascinating creatures)? Or these birds' interaction with wasps at the nectar feeder? Or did my use of the unusual adjective "peripatetic" (roughly meaning moving around a lot, like a hummingbird) draw people to the story? Whatever the reason, I hope visitors not only viewed the page but read and enjoyed it, too. 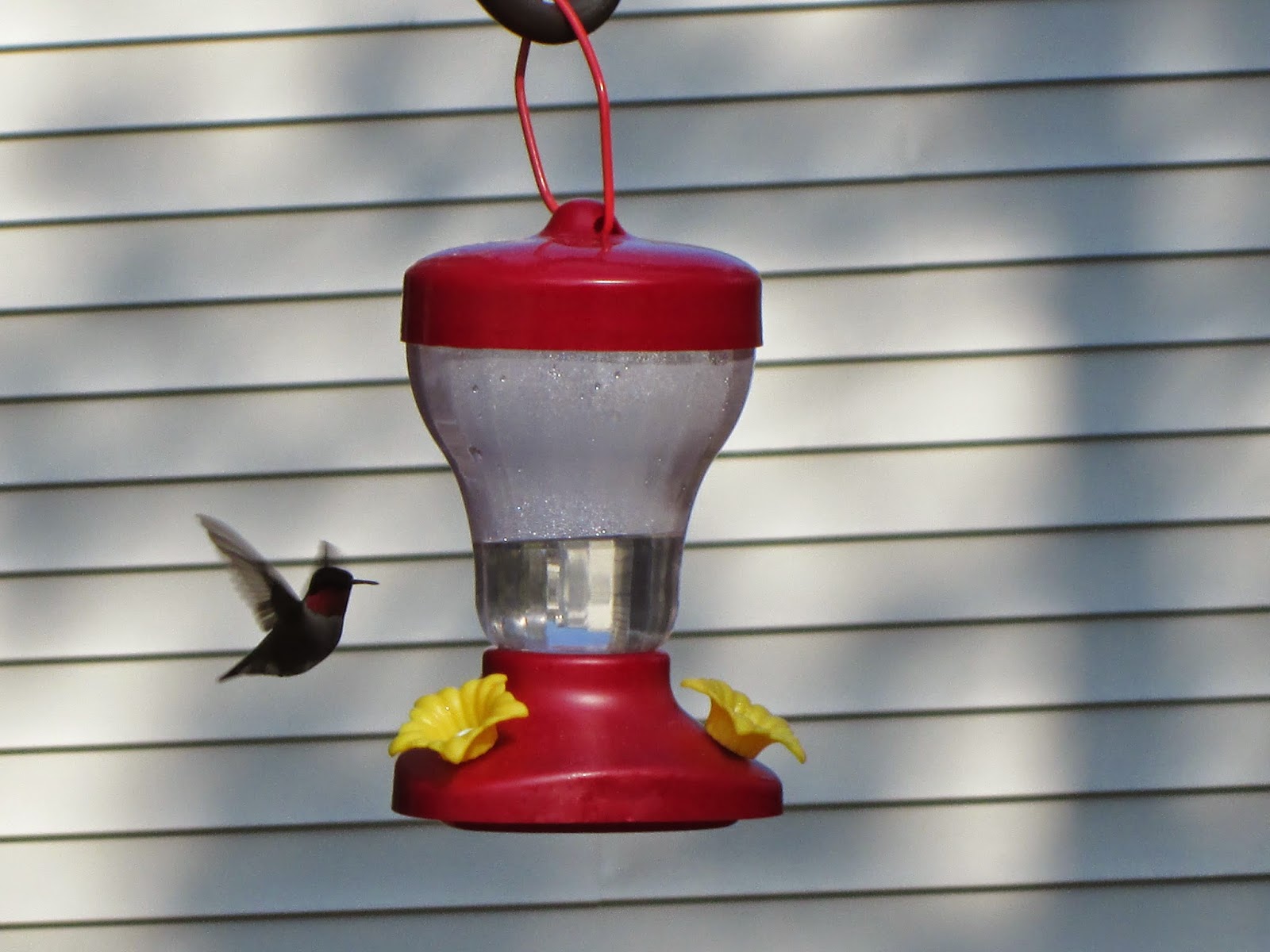 Anyway, this week I finally got around to putting out homemade nectar (four parts water/one part sugar) and ruby-throated hummingbirds started  buzzing in almost as soon as I got the feeder up. They are so, well, peripatetic that it is hard to snap their picture, but I did manage to get one fairly decent one, which I am posting here. I will write more of my hummer research findings and observations in the coming days and weeks, and, viewed hopefully, have more photos, too. Evidently, we still had some hummingbirds around last September, so we may have a good six months to enjoy this busy little visitor.

Are they afraid of competition from wasps at the feeder? Can a wasp actually sting a hummingbird? I don't know the answers yet, and no wasps have set sights on the nectar feeder yet. I'd just as soon they stay away, and I bet the hummers feel the same way.

My other notable birdwatching experience resulted from my klutziness in filling my lantern-shaped feeder the evening before we had some heavy storms move through. I accidentally left the lid ajar, resulting in some rainwater leaking into the stored seed. The moisture contributed to the sprouting of sunflower seeds at the bottom of the storage area, which clogged the openings for seed to spill out on the birds' feeding platform. 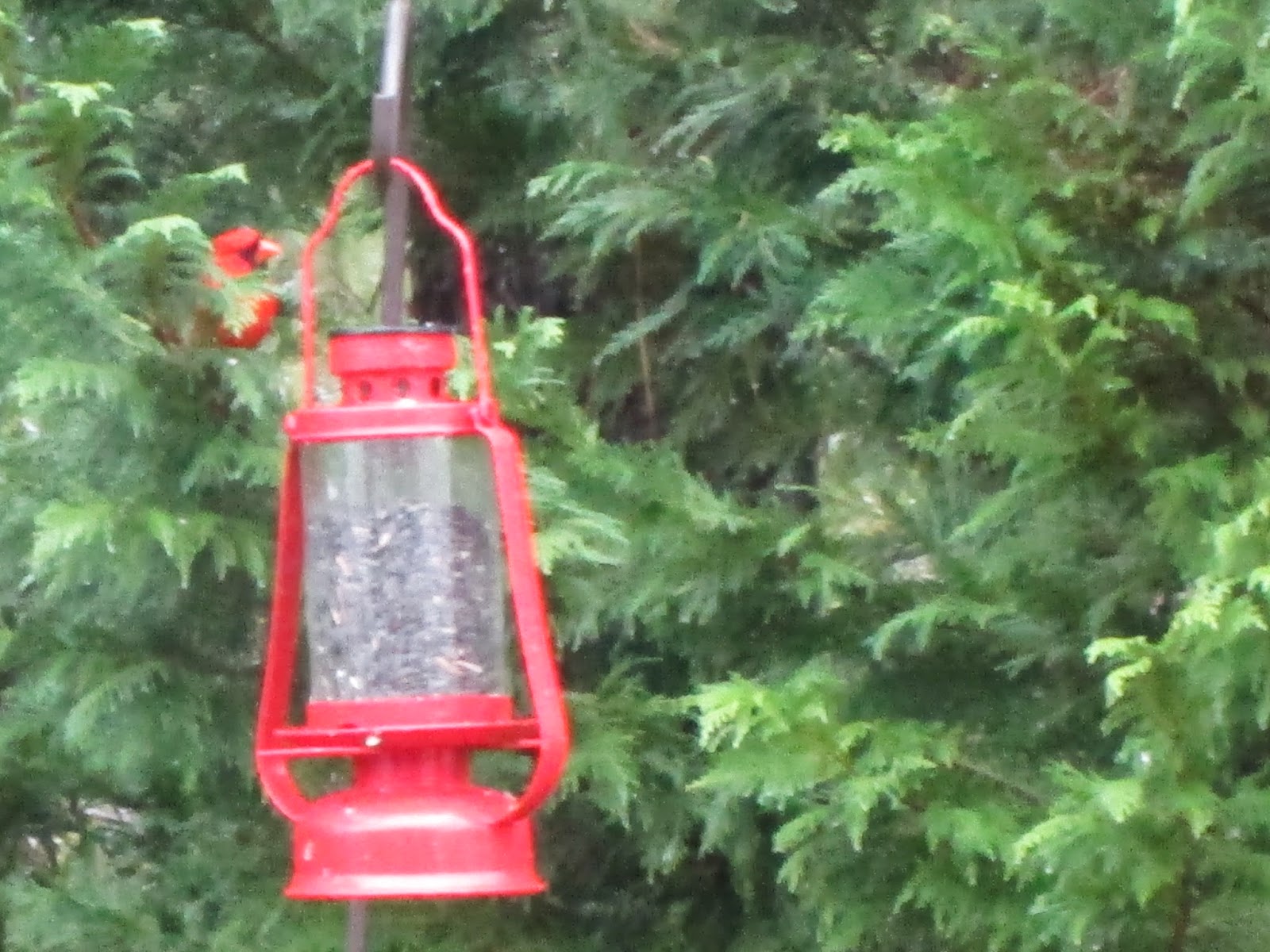 I discovered something was wrong when a large male Cardinal informed me angrily. No kidding! Talk about an Angry Bird! He perched on the feeder and glared at me through the back-door window while giving a few perfunctory pecks to illustrate the lack of seed to be eaten. I swear the big guy was communicating with me. I immediately tried to get back in his good graces by cleaning the feeder out (including "plowing up" the miniature, domed sunflower field), then drying it all out and re-filling the storage bin. Lesson learned: Keep your seeds as well as your powder dry.