Have Yourself a Crazy Little Christmas!

What a crazy crazy crazy time the past few weeks have been! And now we're on the fast track to Christmas Day -- a blessed time, to be sure, but one that demands much preparation.

First, I thought I had lost my kindred spirit and long-time walking companion, Sadie the Superdawg. One morning, as I tried to wake up, I heard Sadie struggling in her bed beside mine. She couldn't stand up! This went on for what seemed like an eternity. I tried propping her up but she just couldn't pull her legs fully underneath her. I gently pulled the bed out from under her, thinking that the cushion might be impeding her progress. No change. She lay there panting, dazed, and confused. I really feared she was having a stroke. 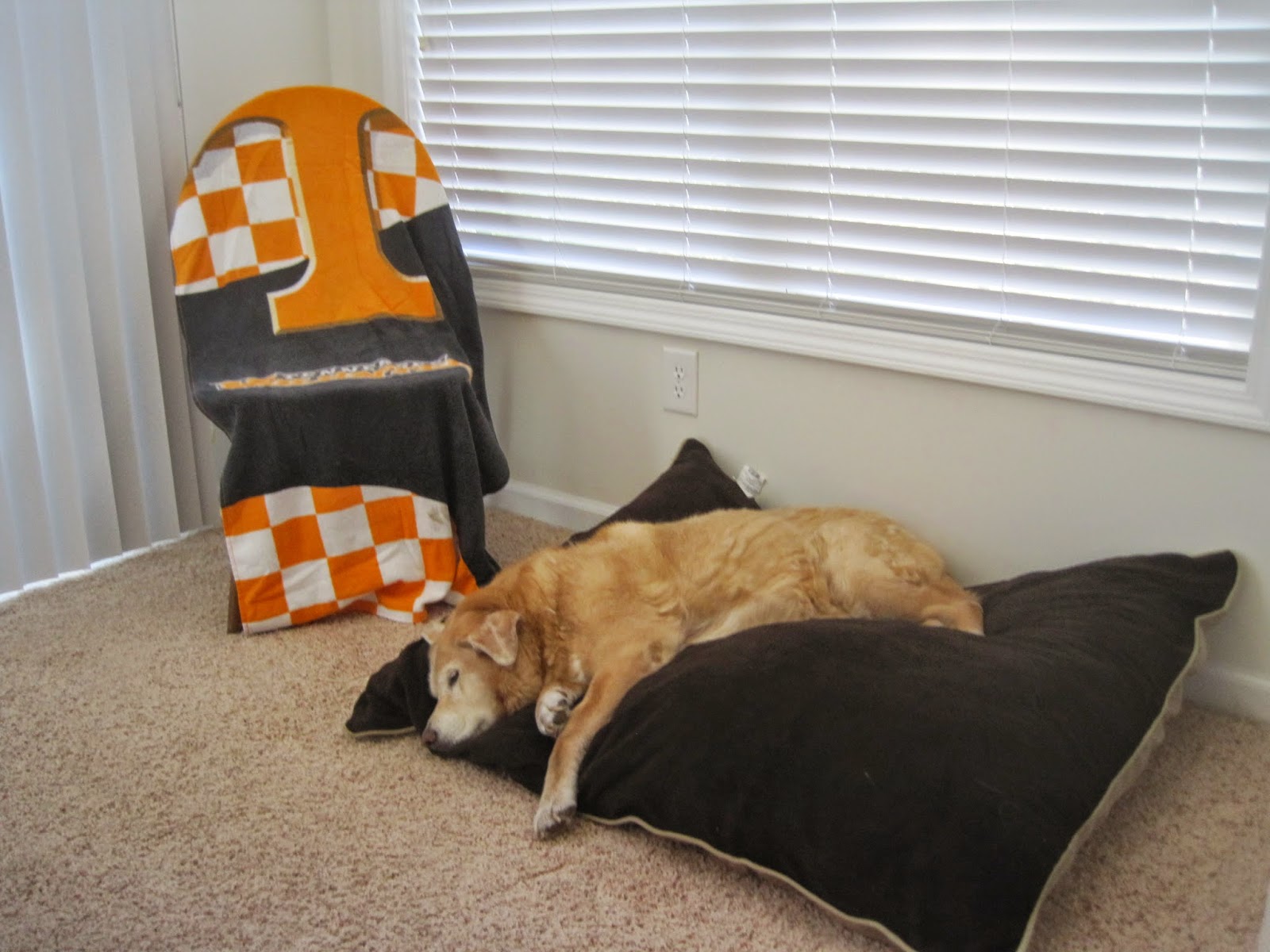 Finally, after my son Bobby came over to help, sweet ol' Sadie dog finally managed to get on her feet and wobbled out the back door. But her legs buckled and she nearly fell down several times. The vet decided her arthritis was acting up and gave her some twice-daily anti-inflammatory medicine. She said I could experiment with it and continue using it regularly if it seemed to help. Thank God, it has helped tremendously! At times Sadie has started acting like a puppy and even wanting to play ball again. I am thrilled that the med is helping ease her pain. We took a pretty good walk down to the neighborhood pond today and saw our old friend, the double-breasted cormorant. That reminded me the Great Backyard Bird Count will come again soon in the New Year.

The next amazing thing that happened is that Under Armour unveiled its Team Next of six young athletes from around the country, and my granddaughter Hannah made the team! She was selected for her athleticism and positive attitude. The contest included writing essays and being interviewed multiple times, so the fact that she is an excellent student played a role, I am glad to say. Hannah excels at soccer, basketball, softball, baseball, gymnastics, and even football. She has played in 30 soccer tournaments in Southeastern states with her travel teams, and they have won a treasure chest full of first- and second-place medals.

Hannah is starting to appear as an unpaid representative of Under Armour (her NCAA eligibility will not be affected) and you could well start seeing her ads beside this Steadfastdawgwalker blog.

Another big happening was our annual Christmas party of our Mended Hearts support group. No, we are not a lonely hearts club but instead an assortment of folks who have had heart surgery and lived to tell others about it -- specifically, those who are facing it themselves. We try to offer information and moral support to them and their families. We had a delicious dinner party at the hospital and one of those fun gift exchanges in which we could "swipe" each other's presents. This event was the last of my two-year run as president. During my term, we started a website, initiated a cardiac nursing scholarship, and also raised funds enabling us to help needy heart patients get their cardiac rehab. Others did much of the work, but I can feel some sense of accomplishment also. My brilliant daughter Kristina (who lives in Memphis with my equally smart and beautiful granddaughter Zoey, a star student at a wonderful Christian school) constructed the Mended Hearts website and has kept it well-maintained and updated.

On a less positive note, increasing amounts of my time have gone into a fight to have home builders live up to a promise to protect our properties with a berm and natural buffer when the woodland behind our homes was taken down for a new housing development. I have never understood why so many developers  destroy every tree in sight before building. I have been very busy keeping our Neighbors on the Front Lines (as I have dubbed them) informed on our e-mail strings, in neighborhood meetings, and via an incipient media campaign. Several of us were interviewed for a major feature that is scheduled to run in our area newspaper this Thursday.

Newspapering is something I do know a thing or two about, having worked as a writer and editor for 35 years and then doing similar work in the think-tank realm for the past 15.  Over the years I have been the interviewer much more than the interview subject, but I think I am doing pretty well (if I do say so myself) because I am passionate about this subject. Who isn't passionate about protecting his or her homes and families? One positive is that in this crisis I have learned that our good neighbors are actually awesome neighbors. I will write some more about this as we get deeper in it, and maybe post a link to the article. Thanks for your prayers or good thoughts, if you would like to offer them.