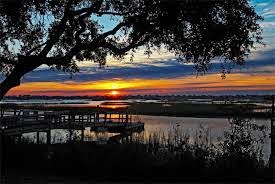 Rejection hurts. At least a little. However, in some situations, acceptance might hurt even more.

Yesterday, I experienced rejection. But afterwards I had mixed feelings.

Reading and hearing about our area being one of 20 regions nationwide participating in a clinical trial of a new minimally invasive procedure to attack spinal stenosis had gotten me rather excited. Spinal stenosis had ambushed me shortly after I turned 60. Now, a decade later, I might enjoy some payback -- and in the process resume walking long distances pain-free.

SS is a narrowing of the spinal canal that usually results from the ravages of age. It brings on pain while standing or walking, pain that is relieved by sitting down or by pushing a cart (as in the grocery store) while bending forward.

Anyway, my DW and I fought our way through early tourist-season traffic to the pleasant coastal village of Murrells Inlet, home to fine Carolina seafood, scenic vistas across the marshwalk, and suds-soaked partying. My mission was all business: to be evaluated as a potential participant in this STEPS trial. From filling out an online form, I had found that I might be qualified.

A very nice study assistant informed me that our local center and 19 others would each select six participants -- making a total of just 120 nationwide. Pretty elite company to be in, I thought. As I thought would be the case, not every participant actually would receive the procedure. For a gold-standard randomized study, it is necessary to have a control group for the purpose of comparison. For every two receiving the insertion of a high-tech tube with instruments to remove tissue and bone impinging on the nerves, one participant would be in the placebo category. That participant would receive the numbing, but not the treatment. Comparison could then be made between those who had the procedure, and those who only thought they did. (Sometimes, I'm told, just thinking you've had a medication or procedure is enough to reduce pain.)

It was a little unsettling to hear the study setup, but not surprising. I thought it was commendable they were telling participants they might wind up with a placebo even though they wouldn't know right away. I also found it commendable that any people in that group who still had pain three months out would then be given the FDA-approved procedure. So they would have a shot at receiving the benefit after all. 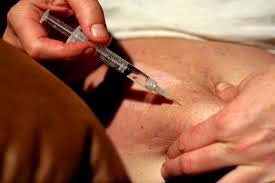 Long story short, after going over my battles with SS since 2002 (including an MRI, consult with a spinal surgeon, epidural shot, and several rounds of physical therapy), the staff told me that, sorry, but I did not qualify. Reason: I had reported that my pain was mainly centered in my back and only now-and-then radiated to the hips and down the legs. They were looking for people who have serious, steady pain in the legs. From reading their online information, I had suspected that might be the case. I could have tailored my answers accordingly, but that would have been a lie, and my Mama would not have been proud of me.

So I departed disappointed but at the same time relieved -- a strange mixture of emotions. I wasn't entirely sure that I would have wanted to go through with this trial, because even minor surgery can have complications, and back surgery can be especially tricky. However, I was intrigued by the idea of being part of a group that might contribute to better outcomes for spinal-stenosis sufferers across the nation -- and indeed the world. I was leaning toward acceptance, if offered.

Anyway, not wanting to waste a visit to Murrells Inlet, we checked out our dining options. After deciding against one eatery where disabled folks were asked to get in a tiny elevator-for-one to go to a dining area (no thanks, claustrophobia activated) and another where Happy Hour was in full smokey/boozy swing, we settled on a nice quiet establishment called Lee's Inlet Kitchen. And lo and behold, it was one we had visited in 1967, a year after we got married, and then a couple of times in the '70s when we brought our children down for Myrtle Beach vacations. Typically, I didn't remember all that, but my dear wife Allyne did -- right down to practically the full menu for each visit.

On this sentimental occasion, we had perfectly prepared flounder dinners, followed by homemade desserts -- coconut cream pie (for her) and peach cobbler (for me). Lee's has been in business for 67 years, and is now run by a third generation of the Lee family. It is a wonderful place to enjoy a quiet meal, with friendly Southern service, and some of the finest seafood in South Carolina. Now that we live here, we need to become regulars at the Lees' kitchen. 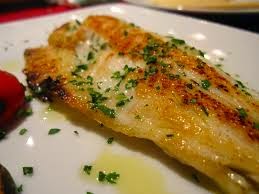 Spinal stenosis, what spinal stenosis? I will count my blessings and look for natural remedies (hikes, bikes, aqua, yoga, chiro, whatever) for my aches and pain. And an occasional fruit cobbler surely helps, too. 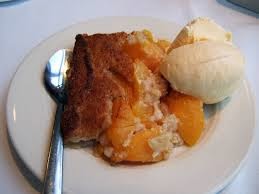