It was just 14 months ago that I blogged about watching Tropical Storm Arthur and making preparations in case it slammed us, possibly as a hurricane. Arthur spared us. Now, our eyes are on Tropical Storm Erika, currently lashing the Leeward Islands, and it appears to be a bigger threat to coastal Carolina than Arthur ever was.

Although Arthur fizzled, my piece about preparing for a tropical storm has become the most widely read world-wide on steadfastdawgwalker, so rather than rewriting it, I thought I would just re-run it, below. A big plus of doing that is that it brings back good memories of walking Sadie the Superdawg, who passed away August 8. Granddog Dasher is sleeping at my feet as I write this.

Stay tuned. Off to restock my hurricane kit.

July 1, 2014
It felt plenty tropical when Superdawg and I walked at 9 a.m. this morning (which is about as early as I can get us out the door). It was already in the mid-80s and humidity was rising into the 60s. The heat index was in the 90s.

We have a chance of thunderstorms tonight, but the weather services are saying we should be prepared for considerably more by Thursday evening -- a tropical storm (Arthur, the first of the Atlantic season), and one that could even strengthen to a Category 1 hurricane. Unlike the big ones that develop slowly as they come this way off the African coast, Arthur has brewed up quickly off the Florida coast. 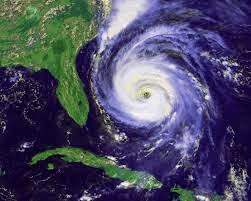 The question now is whether it will hug the Carolina coastline or veer to the right and smack North Carolina's Outer Banks, which often happens. Hatteras Island, Nags Head, and environs seem to be an inviting target for hurricanes and nor'easters given the way that graceful old strip of land juts out into the ocean. When we lived in Virginia, we used to vacation there almost every year. We love the area and the people and certainly don't wish these storms on them.

It is not likely that we will have a big impact from Arthur; indeed, tonight, our local forecast is for only 35 mph wind gusts Thursday and maybe an inch or two of rain as the hurricane passes 100 miles off our coast. However, the storm is serving the purpose of motivating me to restock our family emergency kit, after procrastinating too long.  Some of the supplies -- particularly batteries -- had been drawn down by routine family use over the past few years, and few tropical storms.

Some of the supplies I will start replenishing:

* Flashlights, bulbs, and extra batteries (AAs, AAAs, Ds, whatever are most needed -- which means checking all the radios and such.

* Drinking water (the guideline is two quarts per person). Last summer, we refilled two-liter Coke bottles with water and kept them in the garage just in case, but I threw them out last winter. Guess it's time to start scrounging some more containers. The experts say you should have two weeks' worth of water on hand, and that's a lot!

* Non-perishable food. Vienna sausages and such. The problem is, if I have such delicacies, I tend to eat them instead of saving them, Oh well, try, try again.

* Essential medicines (something for many of us oldsters to remember).

* All the important papers of life -- you know, insurance and all that. Should be in a safe, secure, waterproof container that you can find when you need it.

Other items, such as a tarp and battery-powered fans, might be helpful, but the above are basic items for a start.

To evacuate or not to evacuate, that will be the question if a significant hurricane has our name on it. We do not live in a mandatory evacuation zone, not even for a Category 5 (the most powerful) hurricane. However, we are not far away from those zones, and having lived through such monster hurricanes as Hazel in 1954 and Camille in 1969, I know that the flooding and wind damage can occur hundreds of miles from the ocean. My official hurricane guide suggests driving at least 20 to 50 miles inland to a safe place, but I am thinking if you're evacuating, you might at well go farther than that. It might be a good time for a trip to the mountains.

A special consideration is what to do with the family dog. There is no question with Sadie the Superdawg; she would go with us. She is family. Dogs are not permitted in official shelters, so we wouldn't stay in one either. There are plenty of pet-friendly motels, so my first task is to decide where we would would want to drive, and then make contact with the folks who run them and see if we (including Sadie) would be welcome if a major hurricane strikes coastal Carolina.

I confess that battening down the hatches and riding out storms has a certain appeal to me. We have handled tropical storms before and a brush-by from an 80 mph Cat 1 hurricane, but unless housed in some concrete fortification, it probably will be smart to leave when they're talking winds of 125 mph, 150 mph or even higher.

Storms do fascinate me and always have. So Superdawg and I will look for the telltale signs of approaching tropical weather named Arthur the next few days, and report what we observe. Watch for us on Weather Channel! (Or not.)