Beauty After the Storm 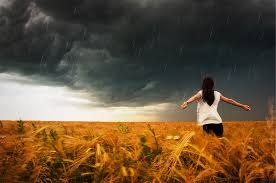 Some of the most pleasant days of God's creation are those that come after a big storm. It is as though the air and landscape have been thoroughly cleansed and life is renewing.

So it was when Ellie Mae the Incredible Walking Dawg and I set out at 10 this morning for a walk just hours after Tropical Storm Hermine departed our area. The clouds were cottony wisps, the temperature was 73F, the humidity was 57%, and a light breeze of about 10 mph steadily stirred -- all a parting gift from Hermine. (We came through the one-time hurricane in good enough shape, by the way. The "river" that emerged in the basin behind our cedars has pretty much dried up already. I am going to have to figure some way for moisture to drain or be absorbed during future storms. Don't want that river to grow even bigger and swamp our home.)

It was the first time we had had a good walk in two days and we made the most of it. There was no need to drive to a shady location because the September sun did not feel as harsh as what we've endured during July and August.

The only glitch came when Ellie suddenly lunged and nearly pulled me down near a neighborhood pond. It seems one of the life forms stirring was a fat vole that perhaps surfaced because of the 7 inches of rain flooding its tunnels. Anyway, Ellie put a hit on it before I pulled her away -- not really wanting to witness gore on such a beautiful morning. I was not a happy camper when she nearly pulled me down, but she is governed by strong hunting instincts and can't help it, I suppose.

Anyway, we sure hope for many more of these pleasant days with September's arrival -- and not necessarily ones arriving in the aftermath of big tropical storms. Holed up in the cabin a few days, we have plenty of calories -- or stored fat -- to work off.