"Jangling Around Gently" as You Move 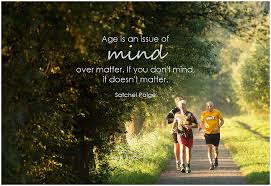 The cares of life are too much with us. One of the best ways to escape is to take a good walk. This time of year, the walk becomes all the more enjoyable, for me, if I let my thoughts wander to the coming baseball season. Those good thoughts came back to me as I happened upon an article I wrote four years ago. So here it is:

On the first post-holiday Monday of January, the pace of life returns to hectic. Workweek schedules fill up, phones ring constantly, and both businesses and organizations expect their due. I thought all that action might slow down in semi-retirement, but it doesn't. If anything, life becomes more frenetic because you've involved yourself in activities outside the 9-to-5 grind.

When life closes in around you like this, it is time to escape for a daily walk. The companionable dog is always ready if you utter the word, or even just spell it out: "W-A-L-K."

Sadie and I enjoyed a longer than usual walk in early afternoon today. She urged me on, and I didn't mind because the morning had been consumed by minutiae. We encountered no shorebirds or other photo ops today, but thoughts of baseball caused me to pick up the pace. After all, this was a 75-degree day in January. Pitchers and catchers should have been reporting today, instead of waiting until February.

Walking brought to mind one of my favorite baseball characters ever, the immortal Satchel Paige, who was a living example of how to keep your zest for living (not to mention the zip on your fast ball) as you age. A wonderful book given to me for Christmas by my son and his wife ("Cooperstown: Hall of Fame Players," Publications International, Ltd) has a sparkling feature on Satch, who pitched something like 2,500 games, amassing 2,000 wins, and some 50 no-hitters, by pitching wherever a black man could back in the age of segregation. When Major League Baseball finally let him in at age 42, he earned his way into All-Star games as a member of the old St. Louis Browns. At the advanced (for pro ball) age of 59, he tossed three scoreless innings for the Kansas City A's.

As a newspaper editorial writer, I loved Satch's Rules for Staying Young, and I quoted them often. This was and is my favorite one: "Keep the juices flowing by jangling around gently as you move." I relate that to recreational walking, particularly as practiced by those of us in the Silver Sneakers set. I know there is value in aerobic exercise, and getting the heart rate up to the target zone, in conjunction with a carefully planned and monitored exercise program. However, I think part of walking's value is as a calming force in our hectic existence of frets and worries magnified by 24/7 cable. Besides, if you're gentle (and carry a walking stick), you're less likely to fall.

Words I keep in mind while walking are, "Not So Fast!" I believe Satchel Paige would have agreed. And he certainly went far -- all the way to the Hall of Fame -- with his laid-back philosophy. (How instructive that he did so without the aid of performance-enhancing drugs, the resort to cheating that is now keeping some of the sport's biggest stars from being voted into the Hall.)

So jangle around gently as you walk, and keep those juices flowing. It can keep you on the road, again and again.