Walking With an Eye to a New Year (Cont.)

Below I have pasted my blogpost of December 31, 2013, marking the end of the first year of steadfastdawgwalker.com. Today I am celebrating (with a cup of coffee) five years of tending this blog, which focuses primarily on senior fitness. Here is a little update:

We have now reached 76,500 views from all around the world. The top-10 audience-nations are the USA (of course) followed by Israel, Ukraine, Russia, France, China, Germany, Japan, Brazil, and Poland. 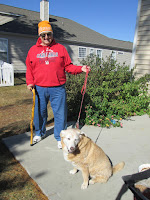 My most-viewed blogpost in the first five years was "When Tropical Storms Come Calling," on July 1, 2014. Given our location in Atlantic hurricane alley, that is not surprising. I hope my observations about preparing for a hurricane have been helpful. More of a surprise is that the second-most viewed post was "Yes, November!" in which I had a little fun with a poem ("No November") that expressed a nihilistic perspective on the 11th month. Its author was a British writer from the early Victorian era, Thomas Hood.

I am happy to report that one blogpost from the just-concluding year, 2017, cracked the top 10: "Heartwalking Adventures," October 22, 2017. That one told about one of the personal highlights of every year that I have lived in Myrtle Beach -- the Heart Walk, which I have completed joyfully with my fellow heart-surgery survivors, brothers and sisters all. Another top post was the one closest of all to my emotional heart -- "Walking My Baby Dog Always" (August 8, 2015) -- recounting the passing of my faithful walking companion of nearly 15 years, Sadie, the sweetest dog ever.

Sadie's wonderful successor, Ellie the part-Chesapeake Bay Retriever, and I continue to stay the course (and the trails), and I will certainly strive to keep this blog going. Maybe eventually we will organize our thoughts and collect and publish them in book form. Meanwhile, here's wishing all our readers a safe, healthy, and happy New Year!

What follows is my one-year-anniversary blogpost of December 31, 2013: 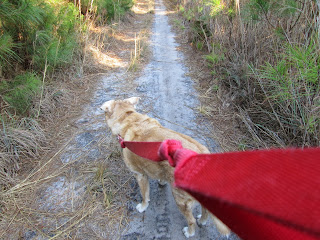 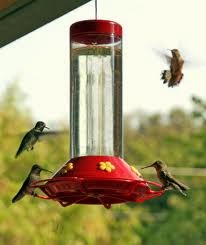