Chances of a Shark Attack Are Remote, But Not Zero

Rip currents are a real and present danger at surf-beaches, especially during turbulent weather, as yesterday's blogpost detailed. Over the Fourth of July weekend, seven persons drowned in rip currents along the Carolina coasts,  nearby double the deaths in an average year in this region attributable to these dangerous currents.

As I wrote yesterday, it is sad to read about such tragedies befalling families that have come here for a happy escape. So I have tried to do a little research about precautions that can be taken.

What of sharks? Is the danger equivalent to that of rip currents? In the latest incident in mid-June, a 10-year-old girl who was waist-deep boogie-boarding at Myrtle Beach suffered a bite from a marine animal believed to be a shark. She had four teeth marks that drew blood but she was treated for minor wounds and released from a local hospital.

Statistically, the danger of a shark bite is not high -- but then again, it's not zero. So it is best to know precautions to take to help avoid an encounter with "Jaws."

As a matter of fact, shark attacks in the United States reached a decade-high in 2012; however, even so, the total was just 53, according to the International Shark Attack File at the University of Florida. Only one of the seven fatalities worldwide was in the USA; it occurred in California. Western Australia and Reunion Island in the southwest Indian Ocean were hot spots for white shark and bull shark attacks. 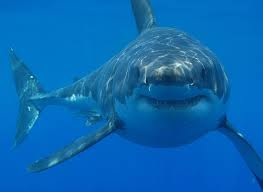 Animal Planet rates South Carolina as No. 9 among the 10 Most Dangerous Places for Shark Attacks. Since 1837, just over 60 shark attacks, two resulting in deaths, have occurred in South Carolina, the majority in Horry County (Myrtle Beach). Most shark species in Carolina waters are "generally mild," notably including the sandbar and bonnethead. However, Animal Planet adds that "more aggressive species, including the tiger and bull shark have been spotted."

Geology helps keep South Carolina less of a shark danger zone than Florida. The continental shelf, a prime fish-feasting area for sharks, is located 50 miles off the coastline at North Myrtle Beach, whereas in Florida it is within a mile of the shoreline at some locations. Florida reported 26 shark attacks on 2012, compared to just 5 in South Carolina, in 2012.

Although the chances of having an up-close encounter with a shark are scant, they are greater than zero. National Geographic offers some common-sense suggestions for lowering the risk still further, among them:

Stay out of the water if fish blood or baitfish are present.

If you are bleeding, stay on the beach.

Stay away if you see large groups of dolphins and seabirds. (They are in hot pursuit of the same food that sharks fancy.)

Stay out of the water at dawn, dusk, and night. (Some shark species move inshore to eat at those times.)

Refrain from excessive splashing. Keep pets, which swim erratically, out of the water. (Sharks are attracted by such activity.)

Do not wear high-contrast clothing (orange and yellow are said to be risky colors) or shiny jewelry (which may appear to be like fish scales). Sharks can see contrast keenly.

In the unlikely event you are attacked, being passive is not a good strategy. Be aggressive. Go for the shark's delicate eyes, gills, or snout. Sharks are said to respect size and power. 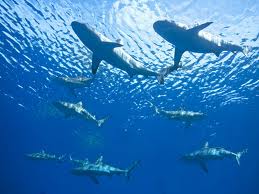 One thing to keep in mind is that humans are a far greater threat to sharks than sharks are to people. Worldwide, between 30 million and 70 million sharks are killed annually in fisheries. And overfishing in search of flesh and fins used in shark fin soup, an Asian delicacy, is contributing to a decline in shark populations, according to George Burgess, director of the International Shark Attack File, which is housed at the Florida Museum of Natural History on the UF campus.

Personally, I'd like to know that these magnificent creatures are out there abundantly in the world's oceans, even though I don't want to tussle with one while swimming near the shore. 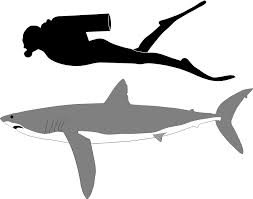