Happy Independence Day! It Might be Fun (and It Might Be Instructive) to Take the U.S. Citizenship Test With the Whole Family. It Is Short, and We Won't Keep Score

This has been a banner Fourth of July so far. The 24/7 rainy weather has finally lifted, and there are puffy white clouds adorning a bright blue sky. It is still humid, but bearably so. I put on my USA soccer jersey and Superdawg and I set out on fine walk around the lakes and ponds. Yes, I was sweaty and Sadie was panting as we returned, but we both were reinvigorated. 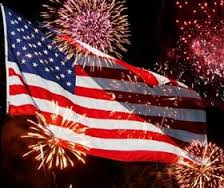 This blog focuses on the independence that regular walking brings to a senior citizen's life; however that ties in with the capital-I Independence, because to be free to walk where your feet will take you, you need to live in a free land where you are not going to be stopped by gendarmes and frisked every 100 yards. In addition, the mental refreshment you derive from walking helps you keep your mind sharp to pursue other activities (such as writing) as you age.

In that connection, this Fourth of July is a banner day for me because an article I co-authored with colleague Don Soifer is running in numerous newspapers from coast to coast. The subject is the appallingly low level of knowledge of U.S. history among Americans, particularly the young, and the decline of history and civics as disciplines in schools and universities.

Endorsing a creative project begun at an outstanding Harlem-based charter school, DemocracyPrep, we are urging families today to use the computer link to the civics portion of the U.S. Citizenship Exam (citizenshipfirst.us/exam), the test that immigrants must pass to become U.S. citizens. It is nothing short of horrifying that most high school students cannot pass this simple test that 97 percent of naturalized citizens manage to master after dedicated study. Could making this test a requirement for high school graduation be the needed wake-up call to return history and civics to the basic curriculum of both public and private schools?

I am running below our basic article, which we revised to add in local information for some media markets. My thanks go to Robert Pondiscio of CitizenshipFirst for his work in getting this and other projects underway to restore public education's central mission of preparing independent-thinking, responsible citizens.

And yes walking helps a great deal in my being able to continue to produce timely articles. If I could not walk -- or do other forms of exercise -- I could not clear my head to gather the facts and commit words to paper (well, not paper usually -- more often a screen).

Again, Happy Independence Day to all, and Happy Trails!  Try that test with the whole family at cititzenshipfirst.us/exam....Enjoy! 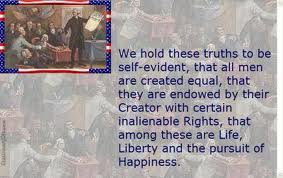 Flunking the Basics of Americanism


By Robert Holland and Don Soifer

Because of the rapid decline of Americans’ knowledge of their own history, there is reason to worry that by 2026 – the 250th anniversary of the Declaration of Independence – precious few citizens will know or care why the Fourth of July is a star-spangled national holiday.

Refusing to accept viral ignorance as inevitable, the Citizenship First project at Harlem-based Democracy Prep, a high-performing urban charter school that specializes in preparing students for active citizenship, has resolved that by the time no more than 13 more Independence Days have gone by, there will be a resurgence of civic knowledge in America.

Toward that end, Citizenship First has issued a Challenge 2026 – namely, that by the 250th anniversary every high school graduate be able to pass the U.S. citizenship exam.  That is the same test of the basics of Americanism that 97 percent of naturalized citizens currently take and pass, but which most U.S. high school students have flunked in research samplings.

Most test items are not especially challenging – i.e., naming one right or freedom from the First Amendment, or correctly identifying the first ten amendments to the Constitution as the Bill of Rights. One item asking why the colonists fought the British does require test-takers to understand that our Revolutionary forbears had multiple motivations, as Thomas Jefferson laid out so brilliantly in the Declaration of Independence.

As part of a family observance of this Independence Day, why not be daring and have each member of the family take a 20-item version of the U.S. Citizenship Exam? It is available at citizenshipfirst.us/exam.

If the exam’s content proves to be foreign to resident children, families will know it is time to turn off the TV and have American history readings in the living room – and also high time to visit the school board to work for the restoration of history in the core curriculum.  Our current focus on math and English in public schools has real value, but has often come at the expense of teaching American history and civics.  After all, preparing the young for self-government is a founding mission of American public education. 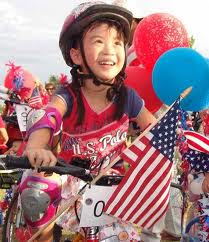 Late-night comedian Jay Leno has used his “Jaywalking” adventures to allow folks to chuckle occasionally at civic ineptitude, or plain stupidity. A Fourth of July segment found Americans who professed to believe our country gained its independence from Greece, Winston Churchill commanded our Revolutionary army, and 1922 was the date the U.S. became an independent nation.

Unfortunately, comic relief cannot endure at morning’s light, given the stark reality that barely one in 10 American high school students scored proficient in their grasp of U.S. history on the most recent National Assessment of Educational Progress, published in 2011.

Nor is it funny that more than one-third of high school seniors (including an astounding 62 percent of black  and 50 percent of Hispanic students) scored “below basic” on the NAEP civics test, with basic being the most barebones level of competence.

Another sad piece of recent news is that future NAEP testing of history and civics is being cut back severely, as a result of a misguided bureaucratic choice among many possible spending cuts to meet the demands of sequestration. Americans need more data, not less, about how much their young are learning, or not learning, about their common heritage and responsibilities as free citizens.

There are many reasons Americans don’t know much about history – or civics. A short explanation is that the education establishment no longer values history as a serious discipline.

A recent 50-state Lexington Institute study found that few states any longer give even lip service to the idea that a university major in history ought to be a requirement for teaching high-school history. A great many state certifiers of history teachers allow a wide array of alternatives that sometimes omit U.S. history entirely.

Requiring all candidates for a high-school diploma to pass the U.S. Citizenship Exam might be one way to raise public awareness and begin to exert pressure to restore essential knowledge to the K-12 curriculum.

Surely after 13 years of formal schooling, an American teen should know at least as much about this nation’s Founding principles as an adult immigrant who came here as a blank slate but studied hard to pass the exam.

Take a break from your Fourth of July picnic, take a peek at the exam, and see if you agree.

(Robert Holland and Don Soifer are policy analysts for the Lexington Institute in Arlington, Va.)

ome of the newspapers in which our article appeared in a variety of versions this Fourth of July: 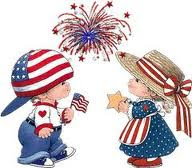 Here is the website for the fine organization, CitizenshipFirst, located at the high-performing DemocracyPrep charter school in Harlem, that has organized  Challenge 2026, calling on Americans to ensure that all students can pass the U.S. Citizenship Test no later than the 250th anniversary of the Declaration of Independence. You will find a link to the civics portion of the U.S. Citizenship Test there, as well as in the articles above.