Picking Up the Pace While Tracking the Next Tropical Storm

Tropical cyclones can mean a time-out for dawgwalking, that's for sure -- unless you are the adventurous (hopefully not foolhardy) type who might go for a walk in the eye of a hurricane.

At the moment, Tropical Storm Chantal is churning south of Puerto Rico, raising some warning flags in Haiti and the Dominican Republic. Even if the storm does break up over land, it could re-form and regain strength in the warm waters of the south Atlantic and possibly pay us a visit in coastal Carolina over the next few days. Right now, Chantal looks like it will be mostly a rainmaker if it does reach us, but you never know with these storms. It is wise to track them closely (and it also is rather exciting for a weather freak like me). 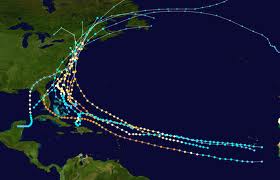 Superdawg got in a good walk this morning on a super-humid day with some dark clouds skittering by -- probably not from Chantal yet, but maybe a harbinger. I find we always exercise more briskly with the effect of storm-induced endorphin rushes.

In recent years, a lot of emphasis has been placed on hurricane preparedness along the southeastern coast, and properly so. Emergency officials in South Carolina have expanded the zones for mandatory evacuations, based on revised projections of storm surge that would be generated by hurricanes ranging in intensity from Category 1 to Category 5 (the most catastrophic).

Although born in Savannah, this Dawgwalker lived most of his life inland in Virginia, until moving to Myrtle Beach in 2009. Nevertheless, he has had enough up-close-and-personal experiences with hurricanes to know that coastal regions are far from being the only places affected by hurricanes.

In October, 1954 when A. Steadfast Dawgwalker was a teen-ager (yes, he once was), Hurricane Hazel came roaring through Richmond, Va., with 100-mph wind gusts. Hazel had made landfall a few days earlier just north of Myrtle Beach as a Cat4 hurricane, and when it went over Raleigh (not exactly a seacoast city) it was still a Cat3. Eventually, it would cause major damage as far north as Toronto! 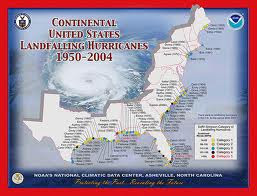 One of my vivid childhood memories is of venturing out in the eye (calm center) of Hazel to deliver my afternoon paper route. (Yes, this ancient scribbler was once a paperboy, in the parlance of that day; he delivered the now-departed Richmond News Leader.) Going door-to-door in defiance of a hurricane was something I probably was not courageous or foolhardy enough to do on my own, truth to tell. Rather, it was the brainstorm of my dear mother, affectionately known in the family as "The Beeb," who was a pioneer woman in spirit, tough as nails.

So if the capital city of Virginia, built upon the fall line of the James River, was not safe from a hurricane, well surely a mountaintop in western Virginia would be, don't you think? Think again. In 1969, when Allyne and I were a young couple living a few miles west of Lexington, on the second floor of the graceful "Red Hill" farmhouse, the remnants of Hurricane Camille, which had devastated the Gulf Coast, came calling. Camille joined forces in some weird manner with another weather front, and overnight dropped 32 inches of rain on the mountain/valley region. Allyne and I have never forgotten the sound of rain beating insistently and ceaselessly on the farmhouse's tin roof all night long.

The next morning, our high-up farmhouse apartment was surrounded by a lake that hadn't been there before. Horribly, not too far away (notably in Nelson County), whole families had been washed away to their deaths during the night. 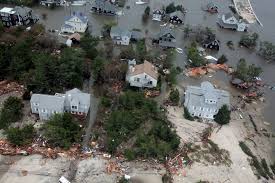 So I am not knocking coastal evacuations, which are absolutely necessary in certain circumstances, but I am suggesting that it would be a good idea to put some thought into your evacuation destination. And keep in mind that the monster storm might still affect you to some degree wherever you travel. Be prepared the best you can.

Speaking of preparations, we have been to a community meeting with the emergency-preparedness folks, and we have the very helpful information they have distributed. However, it is hard to take the time to sit down and contemplate a plan for dealing with worst-case scenarios. I am hoping this blog-posting will help kick-start me.

Although we are just a 7 minutes' drive from the beach (don't hate on us too much), we are not in any of the mandatory evacuation zones, not even for a Cat4 or Cat5 hurricane. We are maybe just a half-mile outside the worst-case zone, which means we shouldn't be affected by storm surge. Wind is another question, though.

It is going to be a tough call for Gov. Nikki Haley to order an evacuation, because hurricanes are notoriously fickle in their trajectory. But if one looks like a serious threat to South Carolina, the difficulty of evacuating an area like the Grand Strand that lacks an Interstate Highway may necessitate an early call. And that means there may turn out to be false alarms. But better safe than sorry, I suppose.

A similar dilemma faces those of us not in a mandatory zone of evacuation. How much is that hurricane likely to intensify? How likely is it to make a direct hit here? Leaving one's home when not required to do so could be wrenching, because who knows how long it would be before officials would allow you back in? The instinct is to protect one's homestead. 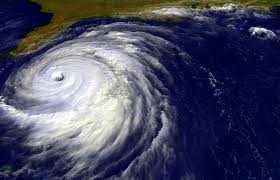 The official guidance to those living "Outside the Zone" is to be prepared to be self-sufficient for up to two weeks after a hurricane. That could mean very primitive living conditions, without water or electricity.

Everyone should have a Family Emergency Plan. I am trying to convince my family of that. Everyone should have a NOAA Weather Radio (I have one and am happy with it even when it wakes me at 3 a.m.; if a tornado was on the ground nearby, I would want to get us into closet with cushions pulled over our heads.) Everyone should know how to shut off electricity, gas, and water at the main switches (oops, I don't know for sure, though one emergency guy joked, "Don't worry; the storm will knock off your electricity for you." Nevertheless, this goes on my to-do or to-learn list.)

Everyone should create a home inventory by videotaping or photographing the home and belongings, and storing it in a safe place. And it is wise to make plans ahead of time to protect your property, although, contrary to conventional wisdom, tape does NOT prevent windows from breaking. So what should folks do besides bring indoors all loose objects that might become projectiles? Installing storm shutters or shatter-proof windows, and garage-door and roof props might be good, if one has funds available in a miserable economy to do that sort of thing.

Of course, everyone should have a disaster kit (and not just if you live in a hurricane-prone area). I have the beginnings of one: weather radio, batteries, flashlights, lanterns, first aid kit, non-perishable food....Maybe the biggest challenge of all is water. The guideline is to have available one gallon of water per person per day (a two-week supply). For my whole MB family, that computes to 84 gallons. My wife has been saving emptied 2-liter Coke bottles for us to fill in the event of a named storm's approach. However, I think we would need much more H2O. The family needs to give this its serious consideration.

Don't forget your pets. Supposedly, you can make arrangements beforehand to board them with a vet. However, our guideline is that our beloved Sadiedawg (who is terrified of even a minor thunderstorm) goes with us, and we will have her ID, food, meds, etc. with us. And I will check out the list of pet-friendly hotels in the region, so that if we did evacuate, we could take Sadie to our temporary place. Probably I should ask the vet now for some sedatives to have on hand to calm her nerves.

Okay, the Steadfast Dawgwalker was sure when he was a fifth-grader that he wanted to be a meteorologist when he grew up. He made elaborate weather records and charts that earned A+++ marks from his teachers. He confesses to a continuing fascination with the big storms. But of course no one in his right mind wants one that devastates people and property. So maybe we can hope for just a few tropical storms that bring fresh breezes and beneficial rain. What say, Chantal? And pray for the best if another Hazel or Hugo comes this way.