Who talks to their walking stick? Evidently, I did -- and in the tone of a supplicant -- when I named this blog last January.

Walking Stick, Don't Fail Me Now. I had vaguely in mind something a U.S. Olympian put on his t-shirt long ago -- a saying that stuck in my mind: "Feet, Don't Fail Me Now." I thought it was high-jumper Dwight Stones, but after some googling I now realize the wearer of that special "T" was Bruce Jenner when he was working toward winning the decathlon gold medal in the 1976 Olympics in Montreal and in the process setting the world record. His feet came through for him in those grueling 10 track and field events. And today he's evidently doing well starring in a reality show I never watch, "Keeping Up With the Kardashians." 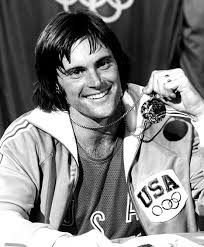 Anyway, I was making (I hope) the subtle point that as we go into our senior years, we often need to take care that our walking canes and sticks, and other props -- and not just our feet -- are in good working order.

Problem is, this morning I accidentally abandoned my sturdy Carolina Hawthorn walking stick. Superdawg was in a hurry to get going, and I was several houses down the block before I realized I was walking her without the aid of my walking stick for the first time since my April total knee replacement. Yes, I get along just fine without cane or stick when working around the house or running errands, but I've always liked to have it for extra security on a dog-walk.

Yes, walking stick, I failed you this morning. I did get out and back okay without you, although strangely I gradually began to feel some of the old pain in the lower lumbar region -- evidently I had been leaning on you to stretch out any lingering effects of spinal stenosis. And now I didn't have you for that crutch/stretching aid. As I came down the stretch toward home, I thought about other ways you would have helped me in times of need, dear trusty walking stick. For example, snakes have been slithering hereabouts more than usual this summer -- perhaps stirred by all the rain. A flick of the stick could avert a bite from a startled snake.

And there was another occasion, pre-knee-replacement, when an Indonesian hiking stick given to me by my daughter helped Superdawg and I ward off a mean dog that charged at us with bad intentions. Between Superdawg's out-of-character growling and my pounding the stick in the ground, we managed to convince the canine it shouldn't mess with us. 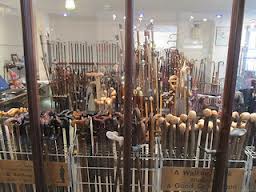 Anyway, I realized I made a mistake this morning. I also should have my fine walking stick from the Whistle Creek folks out in Colorado to catch myself should I start to stumble on the trail. The last thing I want to do is mess up the space-age hardware in my knee. Don't want to be BentBob as opposed to BionicBob.

So walking stick, don't fail me now. And in return I promise I will never forsake you again.