The Ominous Silence in the Skies on 9/11

I don't think Americans who were aware of atrocities in New York City and Washington, D.C., on that horrible day -- September 11, 2001 -- will ever forget. We all remember where we were when first we learned of the unfolding horror of the terrorists' attack on America.

I was getting on my exercise bicycle in the basement of our home in Northern Virginia when I clicked on CNN and saw the announcers trying to make sense of the first airplane crashing into the World Trade Center. Yes, I was a fitness nut back then, and even was walking Superdawg (then a puppy) daily around a nicely landscaped community. 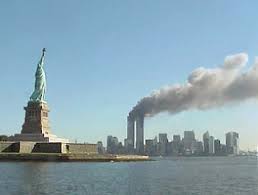 At the time, I worked for a think tank in Rosslyn, a community in Arlington, Va., just a mile and one Metro stop away from the Pentagon. Because of the nature of my work, I enjoyed flex-time so that I could work at home a good bit or take the HOV lanes into the DC environs after they opened up for solo traffic in the late morning. So rarely was I in my Rossyln office 9 to 5.

Had I been a regular commuter, I might have been a witness to a horrific scene, because my access route off I-95 went right by the Pentagon. Indeed, the fellow who worked in the office next to me was on that road when he saw the hijacked airplane crash into the Pentagon. He got out of his car and tried to help as best he could.

Of course, after the crash the access roads were shut down, and I couldn't get into the office for days. I contacted my office and they told me to not even try.

The most eerie sensation as I walked the neighborhood and tried to make sense of 9/11 on 9/11 was the utter silence in skies usually filled with airplanes going into and out of nearby Dulles. Of course, the government understandably shut down all air traffic that day, as we all wondered if there were still more enemy-operated planes (or even missiles?) about to hit us. We were at war in our homeland -- that was a thought that sent chills down my back. 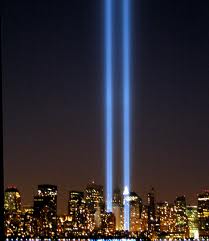 As many people have observed, the skies were about as clear and sparkling blue on that day of infamy as could be imagined -- even here in Carolina-blue country. Out on a walk today, another pretty day, I was aware for minutes of silence in the skies. Of course we don't have nearly as much air traffic here as in the D.C. area, but we have quite a bit. Ten minutes or so later, I did see a big plane heading to our  airport near the old Air Force Base.

It was a morning for quiet reflection on man's inhumanity to man, and what we as Americans can do to protect ourselves and work for a better world. For starters, we must never forget.