Of Indian Summer, Pedometers, and Dawgs

Whew, after a nice cool, crisp spell of weather, October has brought some serious heat the past few days -- temperatures rising into the high 80s, with humidity levels also elevated, but returning to fairly cool and comfortable conditions late in the evening.

These conditions are close to the criteria for Indian Summer, and I was tempted to label them accordingly until I got a reminder from The Old Farmers Almanac (1985 edition) that Indian Summer can occur only between St. Martin's Day (November 11) and November 20. Editors of that venerable guide adhere to the old saying, "If All Saints' (November 1) brings out winter, St. Martin's brings out Indian Summer."

And who's going to argue with any Farmers' Almanac? 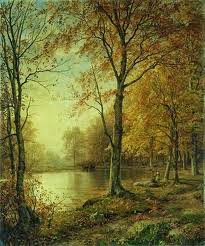 Why the name? One theory is that the term came from the Algonquians, who thought that the summery late fall spell was caused by a warm wind sent by their southwestern god. Others believe it traces to early settlers in New England who were relieved to have cold weather in late October that allowed them to leave their stockades unarmed. But then when it turned suddenly warm again, Indian tribes were more likely to launch strikes against their forts again -- prompting them to dub the warm spell (not so fondly, no doubt) Indian Summer.

Regardless of the origin, or precisely when it occurs, I am not a fan of Indian Summer either. After just beginning to relish the onset of fall walking weather, it is a disruption. It is no fun to come back from an autumn walk all soaked n sweat, as though you had been on a July survival march.

While walking has slowed down the past few days, I have gotten extra exercise caring for my son's dog, Dasher, an energetic young yellow lab who loves to play ball at all hours, even during Indian Summer-like weather. I do my part for travel soccer by being a dawgkeeper. 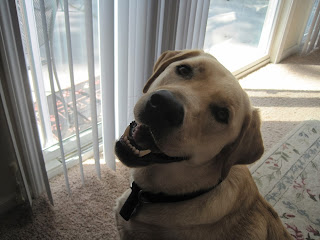 Against my better judgment, I also bought a pedometer this afternoon while out shopping with my wife. I have never had any luck with these gadgets, having gone through maybe a dozen of them over the years without ever finding one that works. At all. (It could be my technical ineptitude plays a role, I admit.) This one was too enticing to pass up, given that it promises to count my steps, distance traveled, calories expended, and fat burned. Since it is manufactured by New Balance, the folks who make some pretty darn good running/walking shoes, maybe it actually will work.

I will give it a whirl while hoping for a quick return to cool weather. I just hope I don't have to try to replace its tiny battery anytime soon. 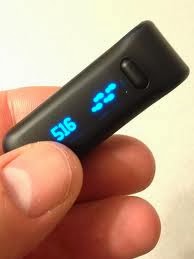