Getting to the Heart of the Matter

The heart has been at the center of not just daily existence but the news lately. And coaches in the National Football League topped the list of our concerns.

First, Denver Broncos' head coach John Fox felt light-headed during a golf outing in Charlotte during his team's bye week, and had the good sense to get medically checked out right away. It turns out that the time had come for the aortic valve replacement that he had known he would eventually have to have. Coach Fox had the open-heart surgery at Sanger Heart and Vascular Institute in Charlotte. Prayers go with him for a smooth recovery and good experience with cardiac rehabilitation. Chances are good that he will be back coaching by the time the Broncos are making their playoff run. 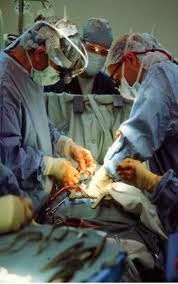 Then, as halftime had just come on Sunday Night Football, viewers were shocked to see Houston Texans' head coach Gary Kubiak slump to the turf at Reliant Stadium. From Houston Methodist word quickly came that, like Fox, he had not suffered a heart attack. That was certainly good news. But after a battery of tests, it turns out that Coach Kubiak did suffer a mini-stroke, technically know as a transient ischemic attack (TIA).  Not uncommonly, a TIA is considered to be a warning sign of a potential major stroke. While Kubiak is returning home and may be back on the sidelines in a week or two, he no doubt will receive plenty of good medical advice about how to prevent a more serious episode in the future. We can all learn from his experience about the warning signals and lifestyle changes we can make to protect our health.

While all that cardiovascular-related news was popping, a new book with "Heart" emblazoned on its cover arrived at my door, hot off the presses. It was a copy of "Heart: An American Medical Odyssey," by former Vice President Dick Cheney and Jonathan Reiner, MD, his long-time cardiologist. In the book, Cheney's personal accounts of his 35-year battle with heart disease from his first heart attack in 1978 to his heart transplant in 2012 are balanced with Dr. Reiner's informative reporting on the advances in cardiac care during this time frame. I strive to keep this blog politics-free (saving my political comments for Facebook or other outlets), but I think even many of Cheney's foes would enjoy this book if they or loved ones have concerns about their heart health. They could find it in the library if it would pain them to buy a volume written by the Republican Veep.

I am finding all of this very personal.

Coach Fox's experience appears to be somewhat similar to my own. When I was in my 20s, an internist heard a murmur in my heart and told me I had a congenitally defective aortic valve that was leaky, and that eventually I would have to have it replaced. I went on to have an active career in newspapering, played industrial-league softball and even ran a few marathons, before finding out at age 63 after a routine visit to a Northern Virginia cardiologist that my valve was leaking very badly. In addition, I had a grossly enlarged aortic root that would also need replacing. Unlike Coach Fox, I had no symptoms that alerted me. I was just lucky that I went to the cardiologist for a check-up probably months before my ticker would have quit ticking.

Dick Cheney's book is personal to me because I find in it many references to Dr. Alan Speir, the cardiac surgeon at Inova Fairfax Hospital who performed Cheney's transplant. Dr. Speir was the surgeon to whom my cardiologist referred me for a combined aortic root/valve replacement. "Dr. Siri"(as this cardiologist of Cambodian descent was called for short) told me that if I arrived at the hospital the day of my surgery and Dr. Speir had been called away, I should just leave and come back a day when he could be there. Why? Because Alan Speir is the absolute best at performing this complex procedure. That was in 2005 and I am here as a grandfather who has enjoyed his grandkids and life in general to say that Dr. Siri was absolutely right. 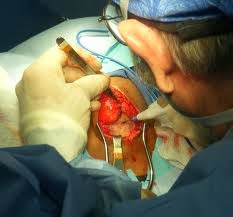 In recovering, I found cardiac rehabilitation to be invaluable. I did my 36 sessions of it at Potomac Hospital near my home in Prince William County, Virginia, and I will be forever grateful not just to the surgeons and cardiac staff and nurses, but to the rehab nurses who put up with my jokes and got me back on a serious fitness regimen. Today, as a Mended Hearts volunteer in South Carolina, I again am associated with wonderful cardiac rehab personnel at Grand Strand Regional Medical Center who set us up to visit with patients who are undergoing their own heart surgeries. We strive to offer them hope and support.

As we learn daily, there are plenty of grounds for hope if you have a heart condition. Medicine has come a long way since those pioneering valve replacements a half-century ago. Let us hope and pray the advancements continue.