Do High School Jocks Have Edge for Life?

As noted here previously, I love to read studies about the health benefits of exercise, and one of the best regular sources is Science Daily, which is over on the right-hand side of this page in my blog list. However, a study just published there makes me start the year scratching my head. "What's the point?" I keep asking myself. And, drawing on my five years of Latin in schoolboy days, I wonder: "Isn't this a non-sequitur?"

Maybe my problem is more with the way the study was presented than with the results per se. But judge for yourself. This is the headline on the release:

The study, entitled "Fit in 50 Years" and published in the journal BMC Public Health, found that septuagenarians who don't visit their doctors often have this in common: Most of them played on athletic teams in high school. Yes, they were active on school teams 50 years ago, and supposedly as a result are more active than non-ex-jocks into their late 70s.

This report made ponder: what is the usefulness of this finding?

If you are a 70-year-old who did not play high school football, basketball, or some other sport, you can't very well go back to school and draw on your unused athletic eligibility, can you? (If you could, you would be a genuine phenom!) 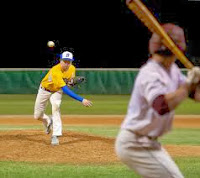 Moreover, it you are a kid in high school, you are much more likely to be focused on getting a date for the big dance next weekend than on the possibility that going out for a team could extend your years 50 years down the road. Most kids believe they are invincible anyway. They don't think long-term. And if they lack the athletic skills to try out for a school team, they are unlikely to want to embarrass themselves.

One other point that made me wonder: Are 70-year-olds who visit doctors less frequently than their peers really healthier, or are they just reluctant to make the medical appointments? Given that the release does say that having played high school sports is a good predictor of staying active into the 70s, I suppose it is a fairly safe assumption that this group is healthier on average than other septuagenarians.

Maybe that really is the key point: that staying active from school days well into the golden years is the best way to lower the risk of major health problems. You don't have to be a star athlete in high school, however. You can practice the lifelong skills of physical fitness that ought to be taught both by parents and in daily physical education at school. Unfortunately, schools have cut back on P.E. as a result of pressure to meet high-stakes testing requirements imposed by the government, and too many parents do not make involving kids in fitness activities a priority. The time-proven concept of nurturing mind, body, and spirit ought to be more widely observed and honored in our country. 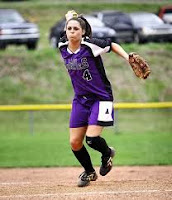 I look back fondly on my sports-playing days in school (football and baseball). However, as far as keeping me away from doctors, that would be a questionable assumption. At a football practice one day, three teammates fell across my extended knee and bent it the wrong way. It has never been quite right since then. Yep, that's the same knee that I finally had to get replaced last April.

For me, I believe opportunities for pursuing fitness during my working years -- with industrial-league softball and road races, for instance -- has had more of a beneficial effect on me into my 70s than the glory days back on the football and baseball fields did. But we are all different. Personally, I do support an emphasis on both lifelong fitness and sports in the middle and high schools (as well as college of course.)