Sadly, the Great Backyard Bird Count ended yesterday. The four days rush by so rapidly! The good news, of course, is that birdwatching never ends for those who love it, and it can be done by gazing out a window (with the resident cat perhaps), or having a coffee on the patio, or taking a stroll with the loyal dog (or solo or with a human companion). The delightful thing about the GBBC was the sense of shared counting with people from all corners of the Earth.

The pros at the Cornell Lab of Ornithology and the National Audubon Society will be publishing reams of interesting countdown data soon, but for now we know that participants toted more than 14 million individual birds from 3,910 species, and did so on 12,000 checklists submitted by e-mail. In no way was this a competitive event, but I see that I am listed as the No. 5 eBirder in my county for having reported 23 species. That makes me a little uneasy, because I realize that I am a novice compared to the veteran birdwatchers. But I know that I tried very hard to identify correctly all the birds I saw, with the help of my bird books. 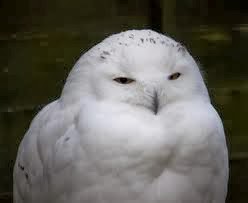 Actually, there were no rare species among my assorted doves, warblers, cardinals, wrens, sparrows, robins et al. My most unusual might have been the Blue-Gray Gnatcatchers, because those little guys flit around in the marshy bushes, going chip-chip-chip, without otherwise making public spectacles of themselves. Thanks to Superdawg's preference of walking routes, we went right by a pond circled by bushes where they like to hang out. I heard many of them, but spotted just a few. (We really should have thrown in a beach walk in order to have reported some of the beautiful shorebirds in our area, but we will make that a must next time.)

One of the great things about the GBBC is that it reveals patterns of bird migration. At halftime of the count, the folks at Count Central already had confirmed a "massive irruption" of Snowy Owls into the northeastern, mid-Atlantic, and Great Lakes states of the United States. Two days in, they already had 327 checklists reporting 476 Snowy Owls in this region, compared to just 392 owls during all four days of the 2013 GBBC. The proportion in Canada has declined over the past year, indicating a southward move. 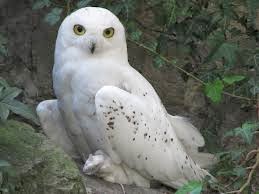 South Carolina is not exactly mid-Atlantic (even though organizations lump it there for their convenience), so I don't know if any Snowy Owls are likely to present themselves around here anytime soon. But what a treat it would be to observe one!  We did see a Bald Eagle in the woods behind our backlot a few years ago. A Snowy Owl spotting would be an equivalent thrill.

When the final report of the Great Backyard Bird Count is in, I will update this dawgwalking blog.