Thoughts on a Passing Hurricane

Talk about a "dark and gloomy night." Years ago, my wife and I were driving back north from Hatteras Island to Kitty Hawk on the barely-there two-lane U.S. 12 that connects the rustic barrier islands known as the Outer Banks of North Carolina. And then a thunderstorm moved in on us, and it appeared to us that waters were fast closing in on us from both oceanside and soundside (which are not separated by much in some spots other than good old route 12). I swear those waters were rising, It was a frightening experience.

With that as my memory, I am giving thought and prayer tonight to the hardy folks of OBX who are about to be clobbered tonight by a Category 2 hurricane (Arthur) that a day ago was not much more than a minimal tropical storm as it moved up from the turbulent waters off Florida's coast. It seemingly was struggling to get much stronger than 60 mph last night, and now is exceeding 100 mph.This just shows you how fast these tropical cyclones can strengthen when they get wound up. Moreover, they often surprise us with erratic movement, which increases the danger. There does seem to be one near-constant in that so many of them hit the Outer Banks, which just juts out there in the ocean, an inviting target. 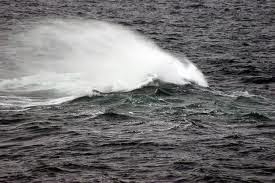 Our experience in Myrtle Beach was a few flooded roads (including parts of Business 17, as tourists arrived for the Fourth), occasional rain coming in sideways, and some brisk breezes of 35-40 mph. Yes, we got off lucky again, but we should not be complacent. We may not always be so lucky.

Tomorrow, we will report on what a storm-cleansed Fourth of July looks like. Here's hoping that celebrations farther north will not be badly disrupted by Arthur.