When I've been AWOL from the walking-stick blog for a few days, I usually take the administrator's prerogative of looking up the stats on which of my blogposts have attracted the most "views." Once again today, I am astounded to find that my post of September 4, 2013, "Of Peripatetic Hummers and Pesky Wasps," is far and away No. 1, amassing more than double the hits of any of my other pieces of scintillating prose.

While fascinating, that is also a little deflating when I think about my posts on such matters as ocean rip currents and types of walking sticks being left in the cyber-dust. What can account for this phenomenon? My only thought is a worldwide fascination with the word peripatetic. Yes, Walking Stick, Don't Fail Me Now is global -- we have readers not just in the USA but Canada, Brazil, Argentina, China, Russia, Ukraine, England, France, Germany, Spain, Italy, Sweden, Australia, New Zealand, South Africa, and many other places -- even one from Angola today.

It could even be deduced that some blog readers are attracted to Peripatetic used as a noun, which pertains to the teaching of the philosopher Aristotle, who taught his students while walking about the Lyceum in ancient Athens. Whether he did so with or without a walking stick The Free Dictionary doesn't say. 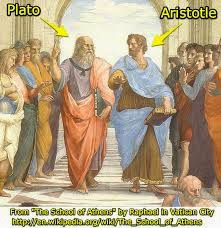 As used loosely by me, peripatetic refers to someone or something (hummingbirds included) flitting around a lot hither and yon. Some other definitions or examples of uses from Merriam-Webster: "moving or traveling from place to place: itinerant"; "of, related to, or given to walking"; "a follower of Aristotle or adherent of Aristotelianism." One example: "She worked as a peripatetic journalist for most of her life" (though not necessarily an Aristotelian, we may presume).

Peripatetic also can be used as a noun for a "person who walks from place to place." So maybe our international readers are Peripatetics who yearn to have great collections of walking sticks.

Certainly I have been not just Roving Bob but Peripatetic Bob this first week of September. Much of my movement after Labor Day has been from one medical clinic or office to another -- physical therapy Tuesday, dentist's on Wednesday, physical therapy AND cardiologist on Thursday, and an ear doc and audiologist today. Let's not bore you with details, but only say that with age comes a need to be peripatetic in search of preventive medicine (for heart, back, teeth, ears, the whole deal)-- all in the cause, of course, of staying peripatetic on the trails.