Hopes that October would just mellow out and slow down after a frenetic September have gone by the wayside. There's some good, some bad in all the hubbub.

The bad is out back, where bushhogs and bulldozers have taken out the woods, just beyond my line of cedar trees (and thank God for them, or I would feel naked to the world). Some single-family homes are going to go up back there. We were told when we moved here in 2009 that this would be happening eventually, so at least we were able to enjoy the woodland for 5 1/2 years. We do worry about what's happened to the woodland creatures who lived back there and occasionally visited us at night -- the possums, raccoons, foxes, deer, and smaller creatures. Probably they have been able to relocate to a larger area of woodland across the road. I hope they are safe. I still have some birds visiting my feeders, but not as many. Maybe they will find their way back.

As for us, perhaps we will get some nice new neighbors. One unwanted outcome, however, is that the back rooms of our house are like an oven now with the afternoon sun blasting in with no woods to offer shade. I know development is inevitable and even sometimes positive, but why must developers have to level everything? Wouldn't it make more sense to preserve some nature for its practical not to mention aesthetic benefits?

One good thing is that "my" team, the St. Louis Cardinals, has won the NL-Central regular season crown, then the League Championship series over the cocky LA Dodgers. Now they are battling the tough Giants in the League Championship Series. Win the best of 7 there and they will go to another World Series. Whatever the final outcome, it is exciting, and I have watched just about every pitch. 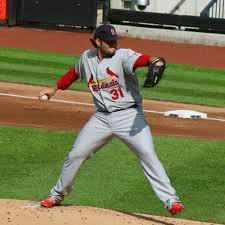 Even more exciting was the run that my granddaughter Hannah's 12u soccer team made in a big  tournament this past weekend with many out-of-town teams. Her Dad had to work, so I was the fill-in soccer Granddad all tournament long. It began with an 8 a.m. (!) Saturday game at a community sports complex on the old Air Force base -- a game that was hard-fought between two seemingly evenly matched teams. The opposing team from an inland South Carolina city won 2-1 on a last-second goal. Oh well, we still had a chance to come back and get in the mix for a medal, and the young ladies did that with a convincing 4-0 win in the afternoon game. That got them into the semi-final game, which was a real scrap on Sunday with a team from Raleigh that ended 0-0 in regulation. It went to penalty kicks, at which our gals excelled (missing none), and so it was that our team moved to the championship game -- against the very team to which we had narrowly lost in Game One.

Making a quick trip to the concession stand for some carbs for super-granddaughter and myself, I overheard the girls from the opposing team chortling about playing us again, and boasting about how they would surely win. They even had a sassy chant before the game publicly declaring they would win! What a mistake that proved to be. I don't know where they got the energy (maybe all the running required by our conditioning-minded coach paid off), but our Coast girls dominated the other team, booming in goals on corner kicks, mid-field blasts, and shots from many angles. Meanwhile, they kept the other team from getting any serious shots on goal. Final score, 4-0, for the championship of the Great Carolina Shootout. Wow! I hope the girls on the other team learned a lesson about the value of practicing some humility and giving your opponent some respect.

The weekend was a pretty good survival test as well for a seventy-something grandpop who had to lug soccer gear from field to field all weekend long. The Market  Common complex is huge, and rarely does a team play back-to-back games on the same field. Those who converted the Air Force base into fields didn't give much thought either to accommodating the disabled and/or elderly. No matter for this Steadfast Dawgwalker -- to me, it was a great workout, and a whole lot of fun. But Superdawg is missing her usual walks -- I owe her some, though we are supposed to have a lot of thunderstorms the next two days.