This morning, I was awakened by our emergency radio going off telling everybody in South Carolina to just stay put -- don't go out. Now, that was a first, as far as I know.

Superstorm Fire Hose is ramping up. It has severely flooded  Charleston the past few days, and this morning it inundated Georgetown with (I understand) a quick 7 inches of rain with another 12 expected, and the absolutely weird weather system shaped like a hose is slowly moving up the coastline to us here in the Grand Strand (where we've already had 6 to 16 inches of rain the past few days).

In fact, as I write this, I think the ultimate hosing has started in earnest. I see lakes forming amid the deluge in our backyard. 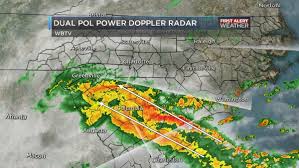 Superstorm Fire Hose is my name for this freakish weather, which is variously being called a 500-year storm, historic, and Biblical. Why Fire Hose? Because somehow the interaction of an atmospheric low with the jet stream and assorted tropical systems has sucked up tons and tons of moisture off the Atlantic and funneled it directly into South Carolina for days. Southern counties of North Carolina have also been slammed but not the whole state, as has happened with the Palmetto State.

The weather experts keep telling us that all this has nothing to do with Hurricane Joaquin, and would have happened even without it. Sorry, but this amateur weather nut believe the truth to be a little more complicated than that. I refuse to believe that all the oceanic agitation wrought by a category 4 hurricane had nothing to do with this freakazoid storm.

Superstorm Fire Hose may not cease for another few days. Right now it is running without a break in sight.  I call it Fire Hose because that is exactly what it looks like on the radar -- a big hose from the ocean going right into South Carolina and across it to the Pee Dee, the midlands, and upstate. Parts of several interstate highways, 95 among them, are closed right now.

When I got the urge to adopt a new dog this weekend, maybe it was fortunate that no Sadie-equivalent presented herself. I hate to think how it would work out trying to make a new forever canine buddy feel at home when I had to take her in a never-ceasing superstorm to do her business. The pup might well have begged to return to the shelter.

We are blessed that we still have power. NFL football from London is on the tube, but that only adds to a whole sense of weirdness. Surreal.

For now, the steadfastdawgwalker isn't so steadfast. No dawg to walk and directives from emergency officials to stay indoors. Too bad my new Vivofit step counter can't switch to tabulate mouse clicks.