Starting Anew vs. Staying the Course


Thanks to the computer-age blessing of blogging, I can now easily compare my wrestling with New Year's Resolutions from one new year to another. What I find is that the more things change, the more they stay the same, as the French say. ("Plus ca change, plus c'est la meme chose" -- Jean-Baptiste Alphonse Karr, 18th-Century journalist and novelist.) For fun, I will compare my thoughts just before the turn of 2013 with the start of 2017, and do some self-critiquing.

What comes to my mind with regard to New Year's resolutions are gyms and fitness clubs that are jam-packed the first few weeks of January and then half-empty by February and sparsely populated in March. Losing weight and getting fit are among the resolutions most commonly made and quickly broken. 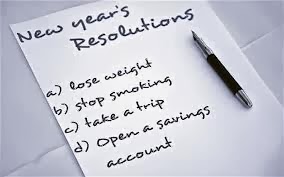 Over the years, I have come to believe that it is best to try to exert resolve each and every day to strive for improved fitness. Often we fall short and eat more and exercise less than would be best for us. However, it is more productive to pick yourself up and start over the next day, or as soon as possible, than it is to wait until it's time to make New Year's resolutions yet again.

Well, right, duh, but here we are again, a fitness nut with an expanded waistline. Maybe I have an excuse this time, because my wife, my son, and I journeyed to Nashville for the Music City Bowl to see the Tennessee Volunteers take on the Nebraska Cornhuskers. I had been bleeding orange for the Vols since the early '50s by following their games with my Dear Old Dad on radio and black-and-white TV. But this was the first time seeing them in person. We did the whole fan thing, including an exquisite breakfast at the Not Another Broken Egg eatery in downtown, and a walkthrough of the Fan Zone brimming with succulent barbecue and ribs. At Nissan Stadium, there were good eats -- hot dogs and like -- and even all the Tennessee whiskey imaginable (though we abstained from that particular temptation). I burned off a lot of calories rooting the Vols on to a 38-24 win, but no doubt not enough to balance the scales.

So here we are, four days into 2017, and I am framing get-fit resolutions again, even though getting fat comes more naturally to me.

Over the past few months, I became more careless about my eating (especially the late-night snacking, which is my biggest weakness). It didn't help that my community workout room, which I depended on for vigorous exercise to supplement my dawgwalking, was down for renovations, Sadly, I gained back the seven pounds I had worked so hard to lose during the spring and summer months. (Wow, in retrospect, that looks like a big fat excuse -- blame the workout center, right?-- 2017.) 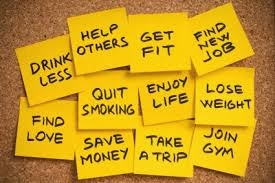 Rather than waiting for the New Year to work on a correction, I joined Weight Watchers last week. Maybe that seems like the course of martyrdom during the season of cookies and eggnog, but I need a disciplined approach. It doesn't mean you have to forego all holiday goodies, just that you need to keep a close count. You can squirrel away your WW points, and spend some on splurges. I am using the online program for men, as opposed to going to weekly meetings. I respond well to computer-based  motivation and have too many meetings already.

I will let you know how it goes. I think I made the right decision starting in mid-December instead of waiting until New Year's Day.

Okay, the Weight Watchers thing didn't work out to be my cup of vegetable soup. (Sorry, Oprah.) Many people find the points system motivational, but to me it was annoying. I like to enjoy my food calculator-free. Plus, why should I pay for inspiration on the road to enhanced fitness? Thanks to a friend, I discovered, as an alternative, sparkpeople.com, a free site that gives you the opportunity to track your exercise and eating patterns while also providing an array of articles and videos about the quest for fitness.

I also have a Garmin Vivofit to track my daily steps, and even to nag me about my erratic sleep patterns. More important, I have a senior rescue dog, my Ellie -- a Chesapeake Bay Retriever mix -- who really, really loves to walk, and who lets me know when it is time to hit the road. Plus, I often have my grand-dog Dasher, the Yellow Lab, who also loves to share a walk with you and who looks very sad when Ellie's been walked but he hasn't been. So this morning, I gave them each, separately, a good walk -- so I know that's stepping it up without even toting up any points. Taking a double-dawg dare doubles your miles and calorie-burn.

One new addition came when I discovered yesterday that the local recreation center, located just a few blocks away, is offering a senior fitness class taught by a certified personal trainer and expert in senior health. The January class was full (naturally) but I signed up for February's twice-a-week session, and was the first to do so. I think it will be fun.

I lead a heart-surgery-survivors' online forum entitled Staying the Course, and with each passing year I conclude that life is more about STC than starting completely anew. Being mere mortals, we all stray from our courses from time to time. The secret for most of us is to get back on track rather than attempting to reinvent ourselves. Here's wishing all of you a steady course toward personal fulfillment and happiness in 2017 and beyond.